This is a text widget, which allows you to add text or HTML to your sidebar. You can use them to display text, links, images, HTML, or a combination of these. Edit them in the Widget section of the Customizer.
Posted on July 7, 2017July 7, 2017 by Sam 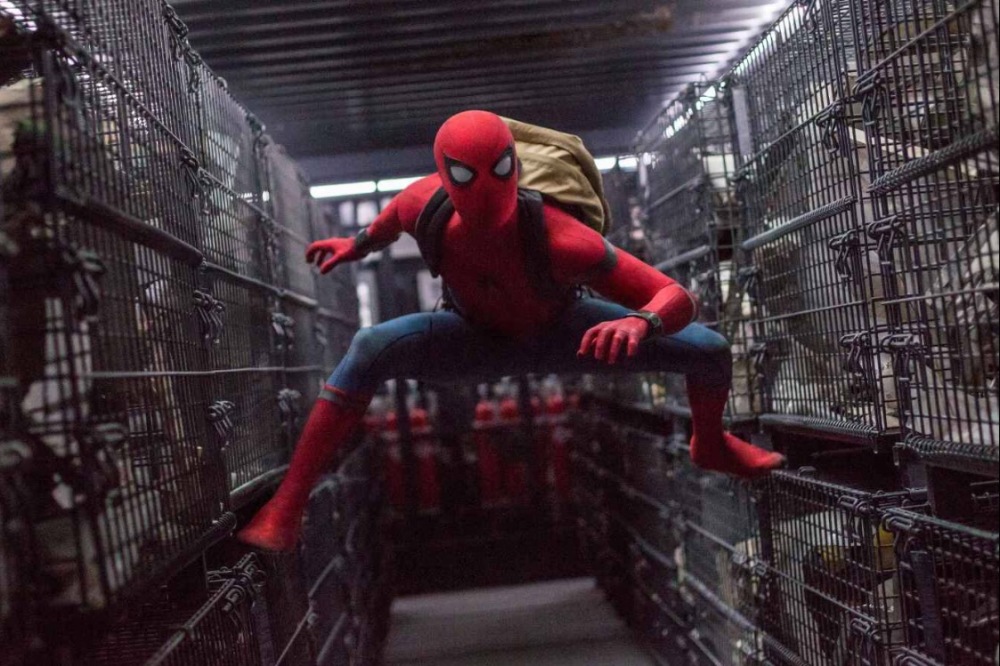 Spider-Man is one of the most recognizable and beloved superheroes there is, and it’s quite frankly insane that it’s been over a decade since we’ve seen a quality or universally well-liked movie with everyone’s favorite teenaged arachnid. So it’s of huge relief to report that Spider-Man: Homecoming is a delight.

The MCU has been a total gift since it debuted when Iron Man was realeased in 2008, but a Marvel Universe without the wall crawler is like a PB & J without the J… incomplete. So when Marvel Studios was at last able to bring Spidey back into the fold with his brief but scene-stealing appearance in Civil War, it felt like a cherished friend coming home. How appropriate, then, that his first solo film in this universe is called Homecoming.

Writer’s Note: I truly love Raimi’s Spider-Man films. They showed why Peter Parker is a unique and enduring hero, and set a standard for all superhero films that followed. They also had a big part in developing my love of movies. Homecoming was never going to live up to that and expecting it to would be unfair. So I’m not going to spend this review comparing them.

Homecoming opens on Michael Keaton’s Adrian Toomes leading a salvage crew clearing Grand Central Station of the Chitauri tech directly after the Battle of New York. Before a government agency swoops in and orders them to leave. Toomes put his life savings up in order to finance the job, and losing it leaves him desperate. The scene both does a great job showing that this film would be from a street-level perspective we haven’t yet seen in the MCU, and setting up a compelling motivation for Toomes’ transformation into The Vulture.
The next sequence is a super clever way of showing Peter’s place in the larger MCU, which is what Homecoming is about at its core. How does this teen, who grew up idolozing the Avengers, react when thrown face first into that world. The movie does a good job exploring that without getting lost in setting up a franchise like the Amazing Spider-Man films did.

As he showed in Civil War, Tom Holland is a perfect Peter/Spidey. He’s dorky, self-conscious, loyal, funny, and, most importantly, kind. Holland makes it all look effortless and gives one of the best performances the MCU has seen. The rest of the cast is great as well, making the people in Peter’s life interesting and relatable which is crucial in any Spider-Man story.

Peter’s other classmates include Zendaya as Michelle, Tony Revolori (Grand Budapest Hotel) as Flash, and Angourie Rice (The Nice Guys) as Betty and while they aren’t given a ton to do they make strong impressions. There’s no doubt that when their roles are increased in the sequel, they will be up to the task.

Michael Keaton is fantastic as ever as Toomes, giving the winged baddie a sense of gravitas and menace that enhances every scene. Like all of Spider-Man’s best villains, the Vulture here is essentially created by an understable and tragic/unfortunate circumstances similar to Peter. They just react to it in a villainous way.

Also, for the the first time in a Spider-Man feature film, we see hints of a world of street criminals who will escalate and become rogues that are out to get the webhead. The colorful villains are just as important to Marvel’s New York as Spidey. So it’s good to get a real sense of that side of the comics here.

Homecoming is at its best when dealing with Peter’s struggle of balancing his heroing, school responsibilities, and relationships and fortunately that’s what makes up the majority of the movie. Director Jon Watts, shows off some talent here (as he did in his debut Cop Car) especially in the character driven scenes. He’s also shows agood eye for action, capturing the feeling of Spidey’s web-slinging and making the fights intense as the occasion arises.

While the trailers made it seem like Tony Stark was the co-lead of the film, that is not remotely the case. This is Spidey’s movie through and through. The main story arc does concern Peter thinking he needs to prove to Iron Man that he has what it takes to be an Avenger, but ends in a way that will make die-hard Spidey fans happy.

That said there’s one piece of the film that kept nagging at the Spider-Man fanboy inside of me, the lack of Uncle Ben. It’s more than fine we don’t see his murder again, in fact it’s refreshing, but it needs to be felt. After all, Peter’s sense of guilt over not using his gifts to do the right thing resulting in Ben’s death is vital. The impact of some loss in the Parker’s life is talked about briefly, but only briefly. This is an issue that could have easily been avoided with a flashback or something as simple as one dialogue exchange between May and Peter. It may seem minor but it feels major. And it’s what keeps the movie from being a total home-run.

As a whole though Homecoming is a refreshingly grounded superhero story and a solid first step for Spider-Man in the MCU. The pieces are in place for an even better sequel. Welcome home Spidey, it’s good to have you back.

View all posts by Sam